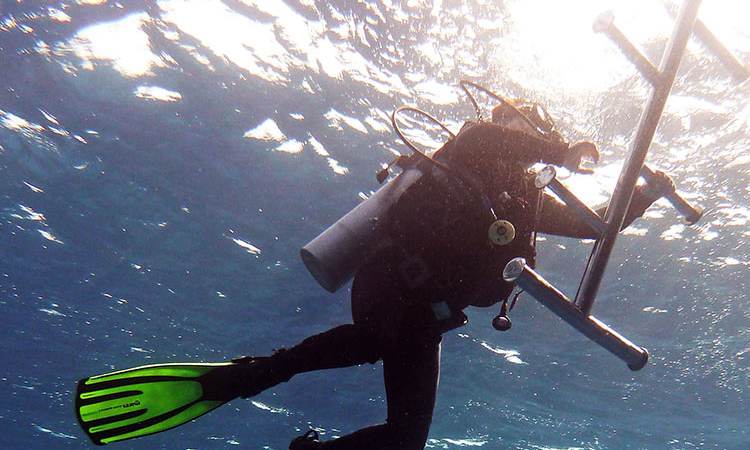 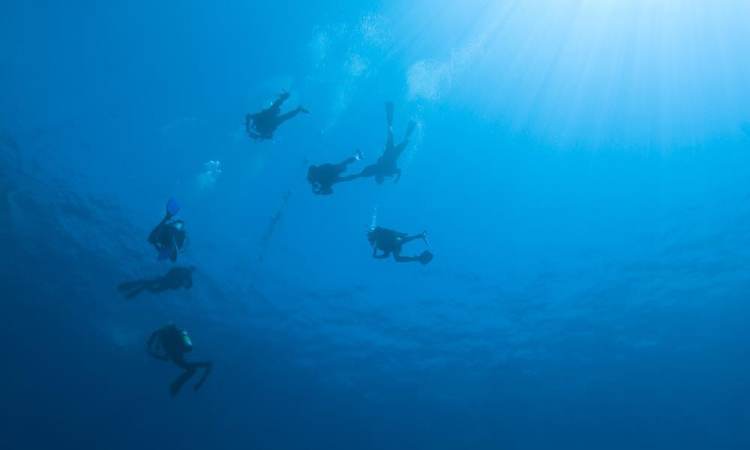 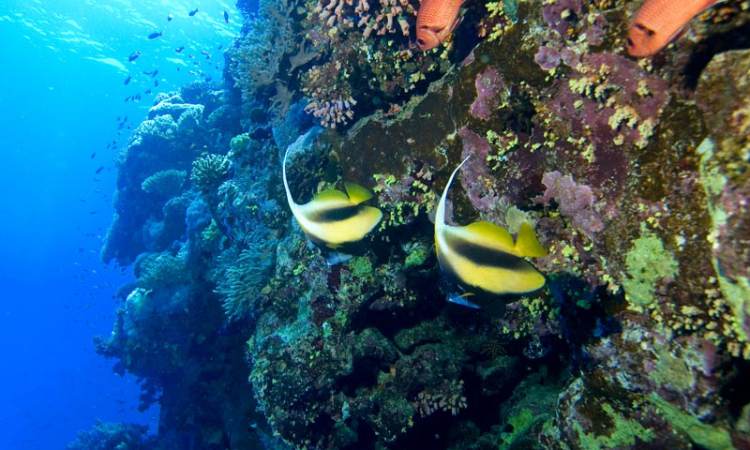 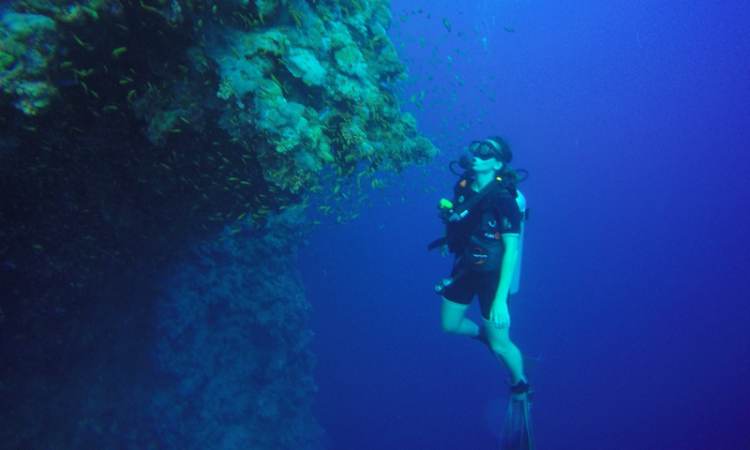 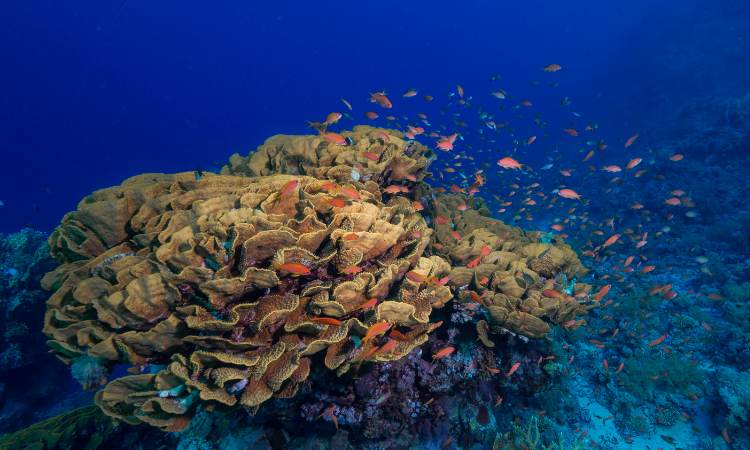 Hamda is located on the northeast side of the Big Giftun Island, at about 1 hour by boat from Hurghada.

Hamda is located on the northeast side of the Big Giftun Island, at about 1 hour by boat from Hurghada.

Hamda is a small plateau dropping from 15 to 35 meters depth. On both sides, the plateau is bordered by a drop-off, which runs over in a steep wall easily reaching a depth of 50 meters.

Currents at Hamda are usually gentle and it is suitable for all levels of divers. But if you decide to make a drift dive at Hamda, you better be an experienced diver.

Hamda is also known as a cleaning station where small skids are waiting for the larger species to come for cleaning.

The dive starts at a big green and winding crater coral. Diving northwards, you will reach 2 large sandy areas, one at 15 meters depth and the other one at 18 meters depth. Little further the steeping wall begins and it is worth to take a look into the dark blue. On the way back you will ascend to the shallow area at the depth of 3 to 4 meters.

Remarkably Hamda is completely overgrown with beautiful colorful corals and it is definitely worth diving there because of the amazing color variations.

The underwater life at Hamda is above 15 meters, where you mainly spot many reef fish, sheltering in the different soft and hard coral species that are covering the wall.

On the plateau, you can encounter the usual moray eels, stonefish, scorpionfish, barracuda and sometimes even sharks and turtles. In the open water above the plateau, you will spot schools of Fusiliers, snappers, and triggerfish.

But also dare to look into the big blue, where you can spot triggerfish, jacks, barracudas, tuna, turtles and even, when lucky, reef sharks.

The appearance of whale sharks have also been reported, in the area of Hamda.

If you choose to make a drift dive at Hamda you will start from the north. The wall is more interesting along the way a few coral formations.